Recently, I received an e-mail from someone who asked me several very interesting questions regarding Yandere Simulator. I tried my best to give them the most thorough and informative responses I could muster. I think it’s possible that many people would be interested in hearing my answers to those questions, so I’ve decided to share my answers in a blog post. But, before I do that, I’ll give you a quick update on the game’s development: 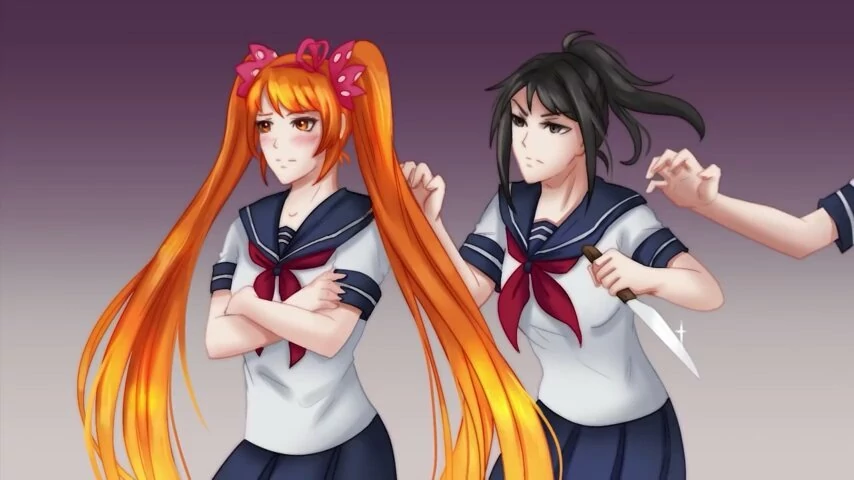 All of the scripting work that needs to be done for the intro cutscene is finished; the only things that remain are the background music and a few animation adjustments. While waiting for those assets to be delivered, I’ve been working on the “Mysterious Obstacle” – a character who is integral to Osana’s week. This character involves a lot of scripted events with Osana, voiced lines, and traits/behaviors that no other character has possessed. It’s very fun to work on this character! Additionally, it feels great to finally be working on Osana again!

Some time ago, I created a checklist naming the features that I felt were necessary before I should shift my focus back to Osana. You’ll notice that “Stable Framerate” and “Save/Load system” haven’t been checked off the list yet, yet I’m working on Osana anyway. Why’s that?

However, in the case of the “Stable Framerate” task, it’s a lot harder to determine exactly when to put a checkmark there. That’s actually one of the things I talked about with the person who e-mailed me. Click “Continue Reading” to hear what they asked, and how I responded:

“Do you still believe your main audience from YouTube consists of adults? Have there been any shifts in YouTube demographics from October 2016 when you suggested that the majority (37%) of your fans were 18-24 years old?”

Here’s what my YouTube analytics page says for my demographics in the year 2019:

“One only needs to look towards your YouTube’s comment section to understand that your fanbase has a largely young following due to content creators that play[ed] Yandere Simulator.”

You’re right, certain content creators with young audiences have directed a lot of attention towards Yandere Simulator, which has had a noticeable influence on the comment sections of my videos. People in the 13~17 age group are probably over-represented in my comment sections, compared to people in the 18~44 age group. However, I don’t think that this is an accurate way to gauge the age of the fanbase as a whole.

“do you firmly believe Yandere Simulator should not be played/supported by those under the age of 18 due to the nature of the game?”

If Yandere Simulator was rated by the ESRB, it would doubtlessly receive an “M for Mature” rating for Blood/Gore and Intense Violence. It has always bothered me to see children under 18 playing M-rated games. It doesn’t feel right to me. Personally, I feel that Yandere Simulator shouldn’t be played by children.

“Regardless, it’s understandable that even with an age gate, children will still be able get around restrictions and play the game.”

“do you still plan on trying to improve the framerate to the best of your ability before checking it off from the demo checklist?”

This is a complex subject that deserves its own 10-minute video. I want to create an entire video communicating all of this information with motion graphics and character illustrations, but here’s the short version:

“Lastly, could you elaborate on the indirect comparison you made between Yandere Simulator being as graphically intensive as a modern game like Far Cry 5.”

I wasn’t stating that Yandere Simulator is directly equivalent to Far Cry 5. I was stating that some games have a level of graphical intensity and complexity that are incompatible with toaster-level computers, and used Far Cry 5 as an example.

“And is it still too early to provide a minimum system requirements list for Yandere Simulator?”

I’m sorry, it’s still too early for that.

Because I wrote my response in a question-and-answer format, it kinda looks like an interview, doesn’t it?

One thing I forgot to mention is that Yandere Simulator’s school isn’t one complete model; it’s actually hundreds of individual models. (Each floor/wall/ceiling/window/door is a separate model.) This is because I’m still re-sizing hallways and re-arranging rooms. One of the reasons why it’s graphically intensive to render the school is because your graphics card is rendering hundreds of models instead of one. Once the school’s layout is complete, it will be converted into one complete model, and then the framerate will improve. So, attempting to judge the game’s framerate at this point in time is actually kind of foolish, since the framerate you’re seeing now is not at all indicative of what the final framerate is going to be like.

This e-mail provided me with an opportunity to put a lot of thoughts into writing; thoughts that I’ve wanted to express for a long time, but never really had an occasion to do so. It’s likely that most of the above text about the game’s framerate is going to make it into a video sometime in the near future, either in July or August. Consider this post to be a sneak-preview of an upcoming video!

On a side note…by pure coincidence, while I was writing this blog post, a Unity developer contacted me and offered me words of advice that could improve the game’s framerate. I took his advice, and sure enough, the game’s framerate went up! Doubtlessly, it won’t be the last optimization I make before the Osana demo is released!

Thanks for your time, and thank you for following the development of Yandere Simulator!

130 thoughts on “Answering A Fan’s Questions”