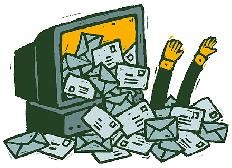 Yesterday, I was unavailable to answer e-mails, and so my e-mails piled up. Today, I was answering e-mails from 8:00 AM until 12:00 midnight. I didn’t even get to write any code for the game today. Just when I was about to go to bed, I remembered that I forgot to check the blog.

The blog has 103 new comments since the last time I checked.

Please, ONLY e-mail me under the following circumstances:

Please, DON’T e-mail me under the following circumstances:

I already have enough programming tasks to last me for months, so I can’t really afford to take on any more requests.

90% of the “bug reports” I get are about bugs I already know about, and that’s very unfortunate. 100% of the people who volunteer to help me with the game are appreciated, but only 50% actually include any examples of their work.

This doesn’t mean that I intend to stop paying attention to what players are saying, or that I won’t be listening to any suggestions or feedback from this point forward. It just means that I can’t afford to keep interacting directly with the community as frequently as I have been, or else I’d have literally zero free time left for development.

There are two exceptions to the above rules:

On the plus side, I do have some positive news to report. All of those e-mails I’m so busy with are between me and some extremely talented individuals who are producing some absolutely amazing assets for the game, and I can’t wait to show off their outstanding work. I’m also being presented with some incredible opportunities that I never imagined would be possible for me. Despite all the doom and gloom up above, I’ve actually never been happier, and I’m really eager to share all of the exciting new progress with you guys, as soon as it’s ready!

Thanks for reading this!

The latest build of the game can be downloaded here. However, please don’t just ignore the rest of the blog post…I’ve written some important stuff down below.

The biggest additions to the game this week are male students, and a Senpai that finally walks around like a normal student! What does this mean for gameplay? Well…

I fixed a lot of bugs and added a new feature during the first week of April. Here’s what I got done within the past week:

Does it seem like I didn’t get much done over the last 2-week period, compared to most two-week periods? Well…

Unfortunately, I wasn’t able to make as much progress with the game as I wanted to over the past two weeks. Ever since the game got a huge boost in publicity, a large chunk of my time has eaten up by answering e-mails and comments about the game, so recently, I haven’t had much free time to actually work on the game.

It’s really important to me to interact with the fans, so I read every e-mail / tweet / blog comment that I get, and I try to respond to every inquiry. However, this takes up a ridiculous amount of time; now that there are so many comments to respond to and questions to answer, my productivity has been reduced to a mere fraction of what it was in previous months.

If I ignored the fans completely, I’d get a lot more work done and make a lot more progress. However, I don’t want to ignore the fans! So, to make things easier for me, please don’t ask questions that I’ve already answered dozens of times, please don’t write unhelpful bug reports, and try not to suggest features that don’t suit the game, or are far outside the scope of a one-man indie game.

Remember: Every minute I spend answering a question on the blog is a minute I’m not spending developing the game. As a result, you can speed up the game’s development by not asking me questions.

Fortunately, not all of the messages I get are unproductive. Over the past few weeks, I’ve received countless e-mails from very talented people who are generously volunteering to help with Yandere Simulator’s development. I’ve been speaking with 3D modellers, 3D animators, 2D character artists, sound designers, musicians, voice actors, and even singers. This is both a blessing and a curse; I’m blessed to be in contact with so many talented individuals who want to help me out, but answering so many e-mails means that I only have one or two hours left in the day to actually work on Yandere Simulator.

So, even though I don’t have very much new content to show off this week, please don’t think that the game’s progress is slowing down. I’m starting to amass some REALLY cool 3D assets that I can’t wait to plug into the game, but they require a bit more polish until they’re ready to actually show off. You’ll start to see some really cool stuff in the coming weeks, as the new volunteers send me all kinds of awesome things for the game.

As always, thanks for your interest in Yandere Simulator’s development!

The latest build can be download here, but I hope you read the blog post below, too.

You guys have been keeping me really busy with bug fixes! I’ve been updating the game daily over the past 6 days. Usually, I only post two updates a month…but this month, I’m already up to 6! I wasn’t aware that there were so many different ways to exploit the game… 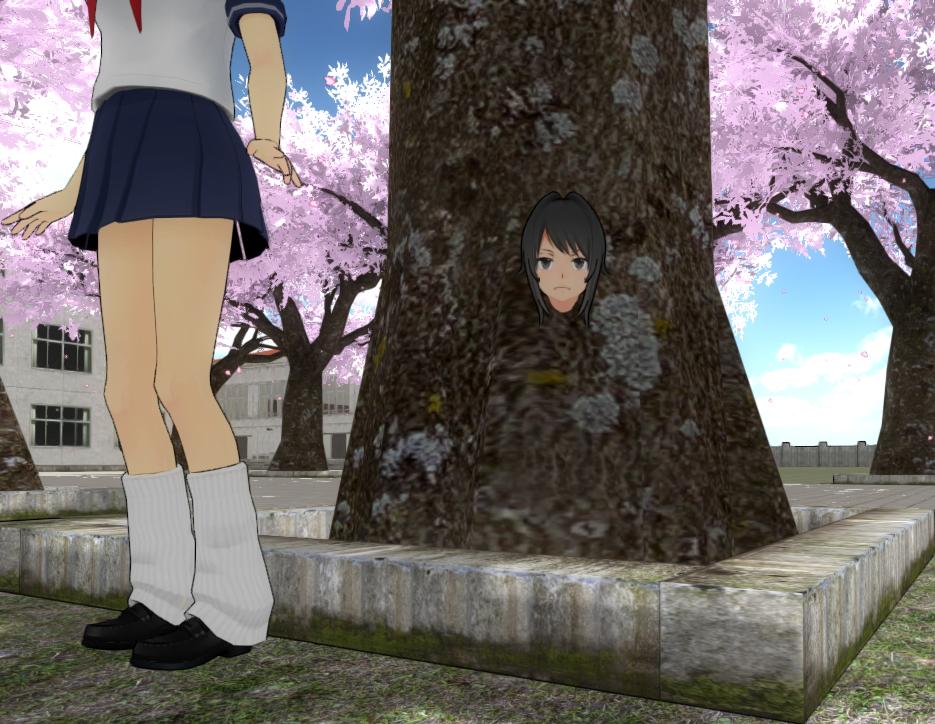 Here’s a list of what’s different this time around:

How a bug became a feature

I always prefer to “show” rather than “tell”, so here’s a video about the game’s newest feature! Enjoy!

By the way – if you only see a pink screen when you try to run the game, try pressing ctrl+alt+del and then returning to the game. Let me know if that fixes the problem.

There are two versions – a “Yan” version and a “Dere” version!

If you’d like to see both versions at the highest resolutions possible, check these out:

The artist who illustrated these wonderful images is the amazing Joakim Waller!

As usual, my bi-monthly debug build was full of bugs. Here’s a new build that contains a bunch of bug fixes!

Most of the April 5th bug fixes were made possible thanks to the assistance of my friend, SaracenOne!

Be sure to scroll down to answer polls, read information for newcomers, learn how to submit better bug reports, and also watch the April Fools videos!

If you want to download the latest debug build, click here! The next build will be uploaded on April 15th.

Did you guys enjoy the April Fools videos? I sure hope you did!

The newest addition to the game is something that I teased two weeks ago: kidnapping!

Here’s a list of all of the new additions to the game:

I’m extremely curious to find out more about the demographic that is interested in Yandere Simulator. Please take a moment to tell me a little about yourself!

How old are you?

What is your gender?

What do you want the MOST from Yandere Simulator?

Thanks for your help!

A lot of people learned about Yandere Simulator last month; the blog received more traffic in March than in every month of 2014 and 2015 combined. As a result, there are a lot of newcomers who don’t know much about the game. I don’t want to sound ungrateful, but every day, I read dozens of e-mails and  comments that ask me questions I have already answered countless times. I would strongly suggest reading the FAQ, and scrolling down the WordPress page to read about all of the features that are planned for the game. You can also learn a lot about the game by reading the interviews that I have taken part in. (That last link is NSFW!)

Ever since Yandere Sim started getting lots of attention last month, I have been receiving TONS of bug reports. Most game developers have to pay money in order to get this much bug-testing help for their games! I am very grateful for all of the support and assistance that newcomers to Yandere Simulator have been showing me!

With that said, I have some bad news to share. About 90% of the bug reports that I get are unhelpful. Every day, I read far too many bug reports from people who are:

Before you report a bug, please check the list of known bugs on the Downloads page (updated periodically). By reading the “Known Bugs” list, you can learn whether or not I already know about the bug that you’re trying to report. I’m starting to worry that nobody actually reads any of the text on that page…

Every time you send an unhelpful bug report, a yandere girl loses her senpai. Please, think of the yandere girls.

For posterity, the below blog post will remain exactly the way it was worded on April Fools Day.

I am pleased to announce that, after a year of development, I have finally found the right “mood” for Yandere Simulator. I’ve thrown together a trailer that showcases the kind of attitude and atmosphere that you can expect from Yandere Simulator from this point forward. Yes, that’s right, this is the new “look and feel” of Yandere Simulator! Embrace it!

Have you ever played a video game and thought, “This game is okay, but it would be better if the protagonist was an anime girl.” Well, that’s what I think every time I ever play ANY video game! I decided to prove that anime girls can make every game better by inserting Yandere-chan into none other than…Super Mario 64!

You can get your grubby little hands on the game here:

Special thanks to Roystan Ross for porting Super Mario 64 to Unity and making this possible!